Saturday 2nd March saw a great turn out for the Warmington Village Litter Pick and Pancake Race organised by Warmington Parish Council and thankfully the rain stayed away. 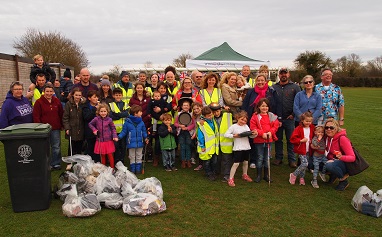 Villagers and visitors all demonstrated a wonderful community spirit collecting over 20 bags of rubbish whilst walking the streets of Warmington.  A special thanks to Cllr David Short for collecting up the rubbish bags from around the village.

Even the local ice-cream van turned up for the Pancake Races which began at 3.30pm. Cllr Nigel Rudd officiated the races whilst Cllr David Strafford compered the event, with Cllrs Gillian Beeby and Nikki Howard helping to organise and Hazel Turner and Derek Rowell presenting the awards. 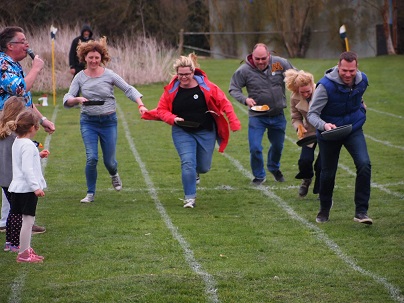 A huge thank you from Warmington to Camilla, Vix and Mikala, the crew of ladies who are out in all weathers, litter picking within the parish and also to Matt Jarrett who organised his team from the various McDonald's restaurants in the area.  His McDonald's team of helpers did a sterling job along Church Street, around the petrol station and Bunny Run. 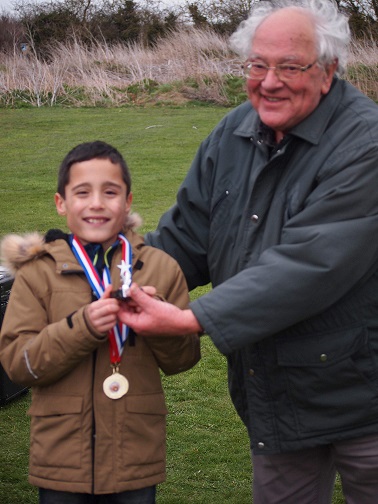 Thanks also go to Judith & Philip Brashaw who helped set up and serve refreshments and to Josh Hales who stayed to help pack away.

There were 8 races of varying age groups, some of the winners of which were; Noah Izycky, Isla McLaughlin, Arthur, Kinzy Pearson, Morgan Rowell, Doug Hall, Philip Brashaw. The final race between the winners saw the older competitors handicapped by having to run backwards, although the wind had proved to be a handicap in a number of the previous races with pancakes being blown off course during the flipping. The winners of the Trophies were Arthur and Morgan.


We look forward to organising another, bigger and better, Litter Pick and Pancake Race next year!

If anyone would like to help out planning and organising future events, please contact Cllr Gillian Beeby - This email address is being protected from spambots. You need JavaScript enabled to view it.